Los Bitchos at the Music Hall of Williamsburg 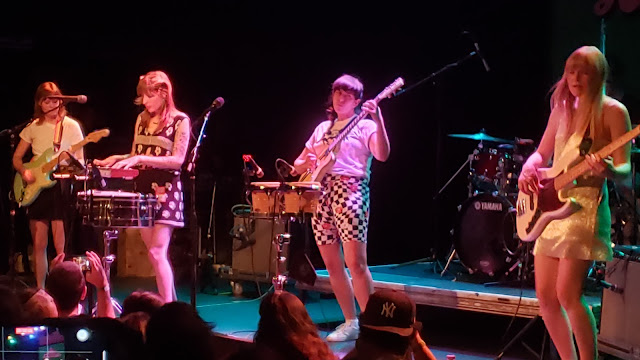 Los Bitchos is the band to listen to when everything else starts to sound samey. This music swerves far to the left of all contemporary music. Los Bitchos plays instrumental music primarily based in South American cumbia rhythms from the 1970s and 1980s, but also drawing from surf, psychedelic and various forms of world music, even Peruvian chicha and Turkish Anatolian rhythms.

Perhaps the band’s sound is unique because its current members, all female, came from diverse backgrounds before uniting in 2017 in London, England. Guitarist Serra Petale is originally from western Australia, where she played drums as a teenager. Agustina Ruiz was a punk rock singer in her native Uruguay and relocated to London in her 20s to work as a fashion model, ultimately deciding that she wanted to play keytar because of its prominence in the Colombian and Argentine cumbia music she heard as a child. Bassist Josefine Jonsson is from a small town in Sweden. Drummer Nic Crawshaw is the only native Brit, starting in music as an orchestral percussionist before moving onto pop and punk rock while working as a hospital physiotherapist. On this tour, the quartet is further diversified with the addition of an American on second guitar, Ryan Fitzgibbon.

The band concept started with Petale creating freewheeling instrumental snippets on a music production app on her laptop. A series of London-based musicians caught the vision and helped Petale flesh out the sound. Los Bitchos recorded a debut album just before the rise of COVID in early 2020. The band released the Let the Festivities Begin! album on February 4, 2022. 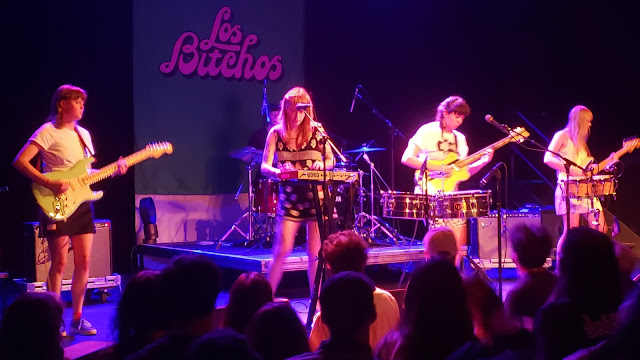 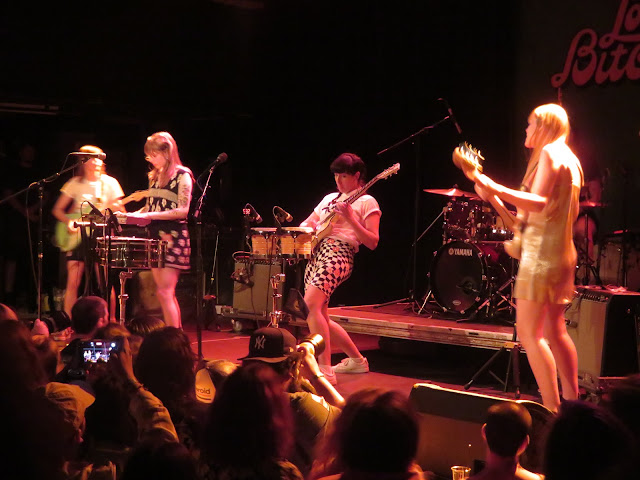 Just a few days after opening for Sebastian & Belle at SummerStage Central Park, Los Bitchos performed its first headlining gig in the United States at the Music Hall of Williamsburg. New Yorkers are always in on every buzz band from another country, especially England. The club was fairly filled.

Los Bitchos filled the stage with personality even before the band finished its first song. An always-smiling Petale was frequently the magnet, cuing the other musicians as she invigorated the energy in the room, hopping in place while noodling her guitar leads. The other musicians similarly grooved happily on the music they were making at the moment, turning portions of some songs into jams. The lack of a singer inspired each musician to an equal responsibility in delivering the goods. Periodically, the musicians moved to an array of Latin percussion instruments on stage to accentuate the driving pulse of the music. The joyful vibes emanated from the stage and quickly spread throughout the room. From start to finish, Los Bitchos served as hosts to a casual yet vibrant party. 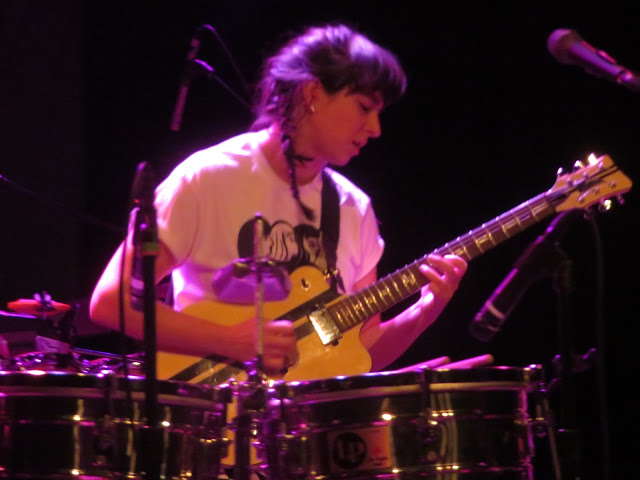 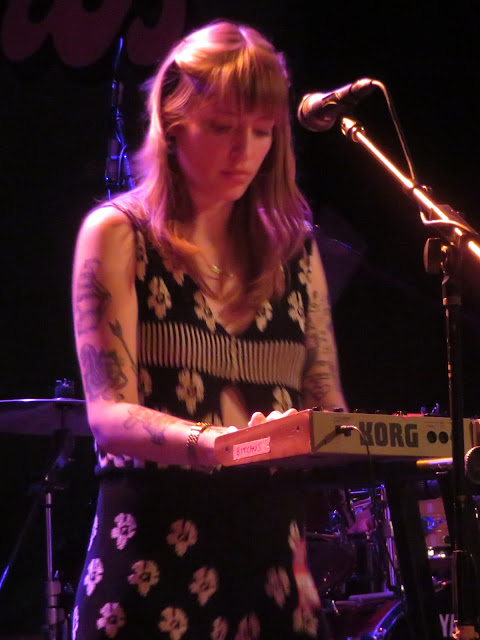 At one point, as Petale does at every show, she asked if Lindsay Lohan was in the audience. This was so Lohan could be invited to dance onstage to “Lindsay Goes to Mykonos.” Los Bitchos reportedly wrote the instrumental tune inspired by Lohan’s short-lived reality show Lindsay Lohan’s Beach Club.

Musically, Los Bitchos did a lot with just a little. The bandwidth of the ensemble’s instrumental music was impressive. The musicians did not strive to be purists in any one genre of music, and this worked to the quintet’s advantage. Tapping into and blending together various lines of guitar and percussion music allowed the band to not necessarily appeal to an underground cumbia community, for instance. Instead, the music cultivated a youthful audience that enjoyed the band’s bubbly dance beats and lively stage presentation. Los Bitchos hypnotized much of the audience into dancing along to an assortment of rhythms. That Los Bitchos was so able to enthrall the audience without any singalong lyrics was sheer wizardry. 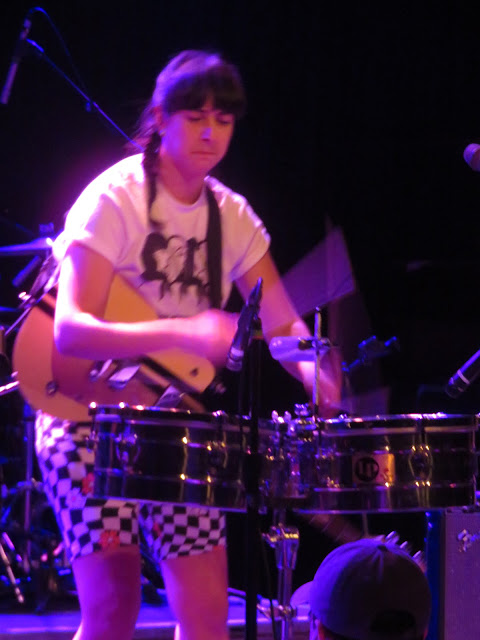 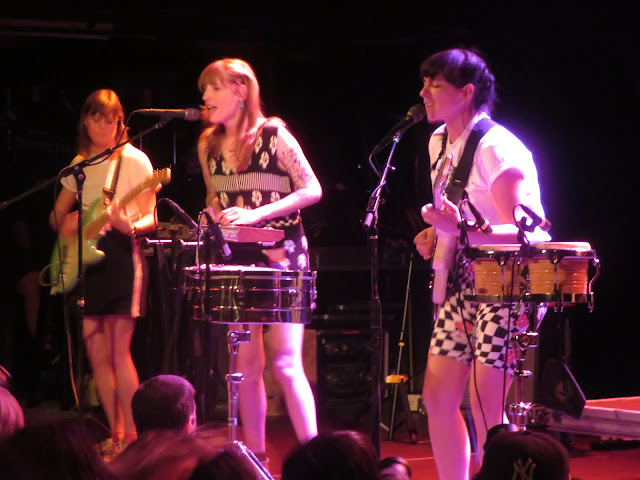 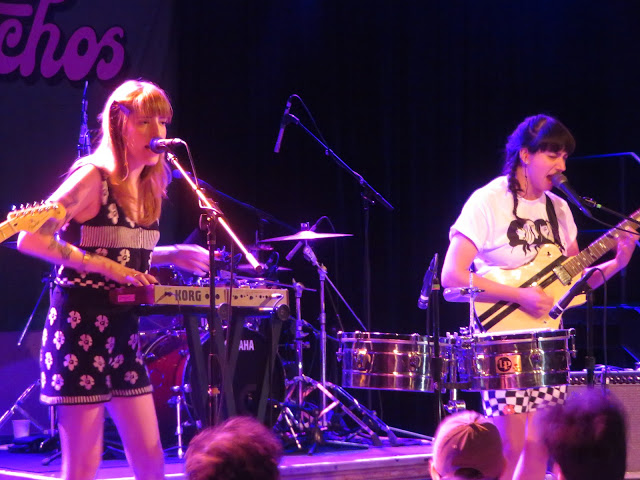 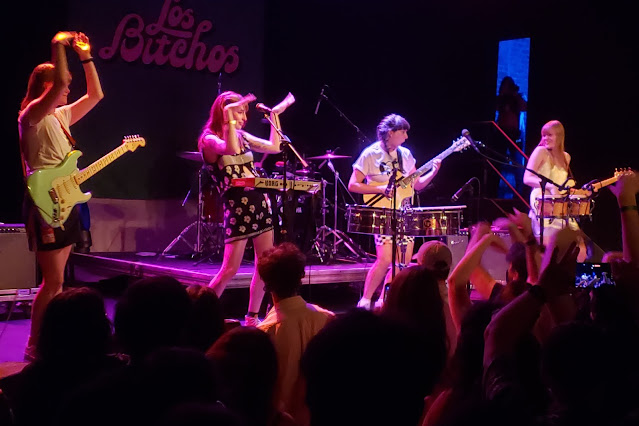