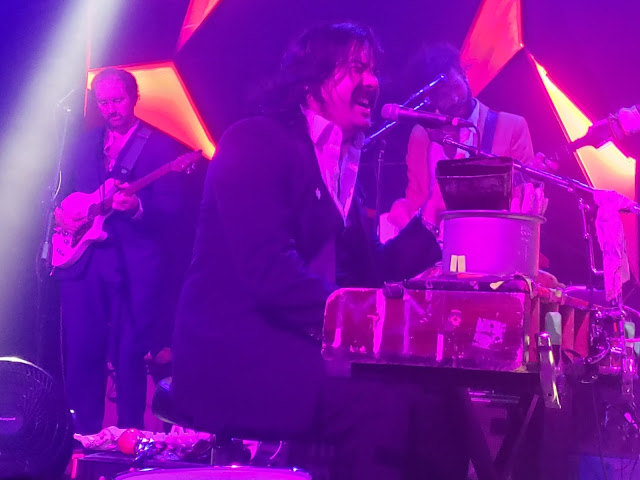 Music fans who like their music weird probably already know about Man Man. Honus Honus (born Ryan Kattner) conceived the experimental band in 2003 in Philadelphia, Pennsylvania, mixing an array of musical instruments, odd rhythms and witty lyrics. Honus and his collaborators create an eclectic music that one would label indie rock only because no other musical category suffices.

Since relocating to Los Angeles, California, Man Man has seen many players come and go. To fit the personality of the band, all musicians assume pseudonyms. The present ensemble consists of Honus on lead vocals and piano, Jazz Diesel on drums, Smunk Smalls on guitar, Eggs Foster on keyboards, Mature Kevin on marimba, and Hard Tay on wind instruments. Most of the current musicians are multi-instrumentalists.

At Elsewhere, Man Man visited older songs and introduced highlights from the sixth and most recent studio album, 2020’s Dream Hunting in the Valley of the In-Between. This album is Man Man’s first full-length collection of new music in more than seven years, and continues Honus’ endeavor to make Man Man’s newer music more accessible than the earlier oddities. Honus’ enthusiastic center-stage antics, whether stationed at his small piano or standing at a microphone, seemed to be the bridge that linked the newer and gentler sounds with the older and difficult exercises. 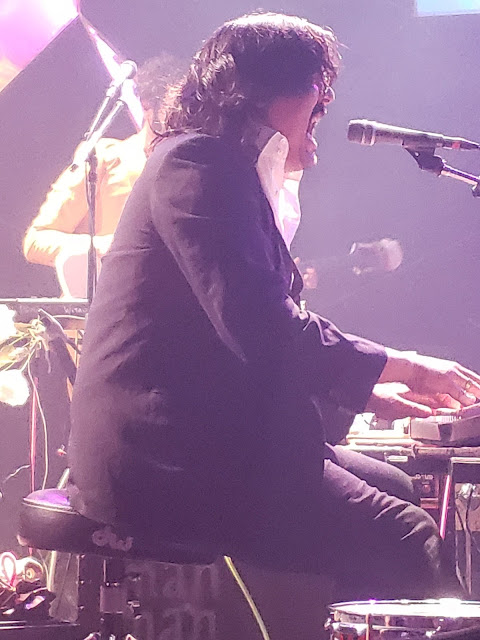 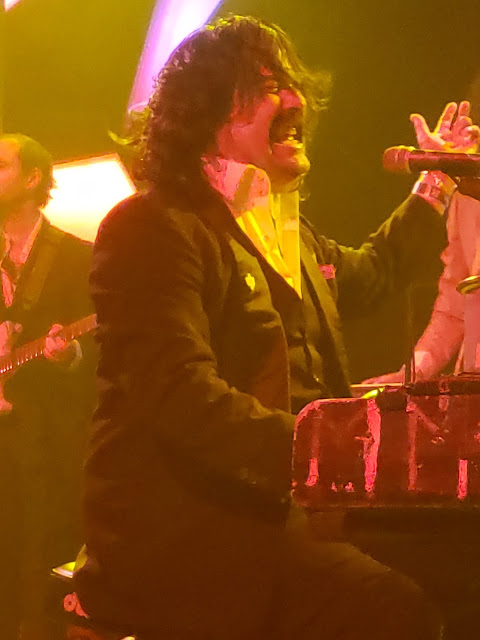 Honus sang with husky force on each song. His piano style ranged from vintage rock and roll to ragtime to big band to honky tonk. The imaginative yet quirky accompaniment behind him was what helped define Man Man’s boundary-pushing uniqueness. Several of the musicians repeatedly switched instruments, with the lead instruments often being horns and a marimba. The complexity in many of the compositions, largely atypical in rock music, ran deep.

Would Man Man’s clever yet bizarre music attract a mainstream audience? Probably not. Yet for those with adventurous tastes in music, Honus’ arresting stage character made the performance fun and compelling. 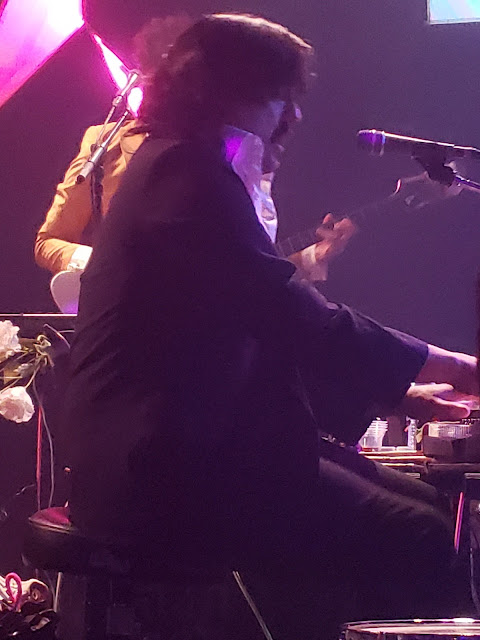 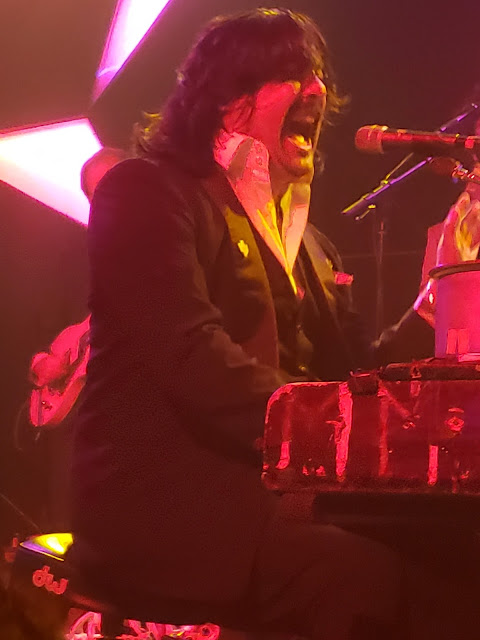 The Manhattan Beat covers New York City's live music circuit. All articles are written by Everynight Charley Crespo. All photographs are taken by Everynight Charley Crespo, except when noted otherwise. For a list of Manhattan venues that are presenting live music regularly, swing the desktop cursor to the right of the home page and click on the pop-up tab "Where to Find Live Music." For a listing of upcoming concerts for live audiences, visit The Manhattan Beat's July calendar.