The Psychedelic Furs at the Apollo 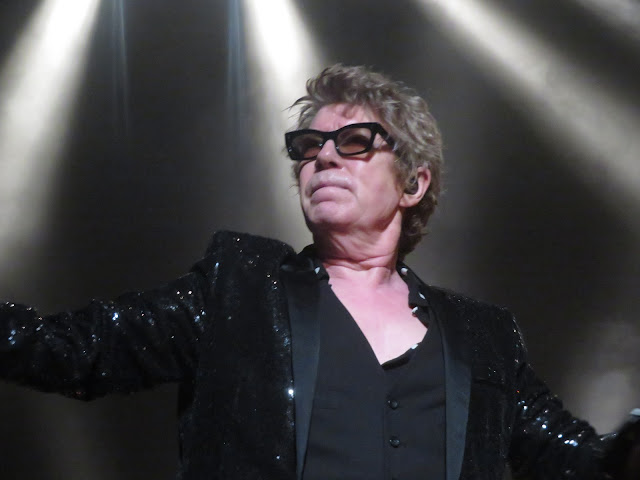 The Psychedelic Furs took 29 years between albums before releasing its eighth and most recent album, Made of Rain, in 2020. A coinciding concert tour would have brought the British band to the Apollo in 2020, but the show was postponed twice due to COVID. The rescheduled date for that show now nearly butts against the subsequent tour, which will bring the Psychedelic Furs to the Rooftop at Pier 17 on July 15.

The Psychedelic Furs formed in 1977 in London, England, in the home of vocalist Richard Butler and his brother, bassist Tim Butler. They adapted the energy of the prevalent punk movement and combined it with melodic songwriting. Although the band was immediately successful back home upon releasing its first recordings in 1980, the Psychedelic Furs generated a cult audience in the United States until 1986, when filmmaker John Hughes used the band’s song "Pretty in Pink" for his film of the same name. A few more songs made it onto both US college radio and modern rock radio stations, but success wore out the musicians, and the Furs announced a hiatus in 1992. The band reformed in 2000 as a live band, and played old catalog for the next 20 years, until Made of Rain. The band presently consists of the two Butlers, saxophone player Mars Williams, keyboardist Amanda Kramer, guitarist Rich Good, and drummer Zack Alford, who joined the band just last year. 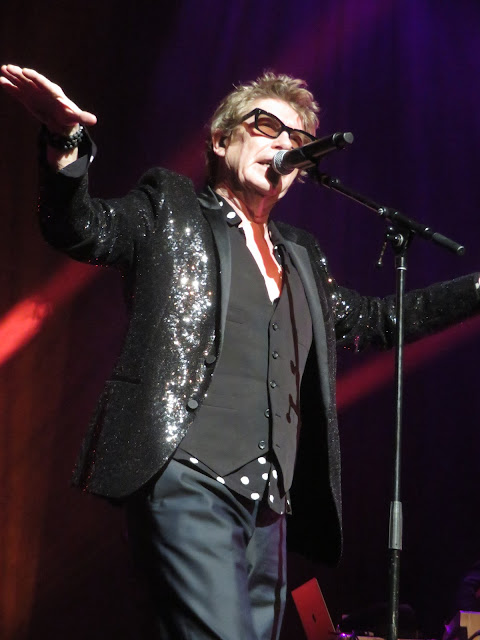 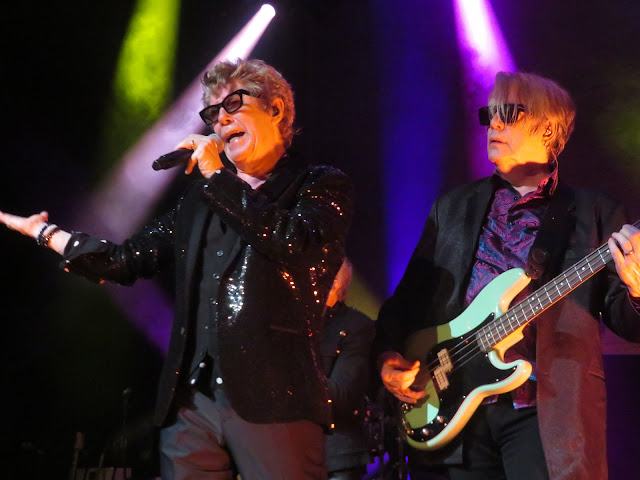 At the Apollo, the set mixed old songs with new. Richard Butler’s coarse, emotive vocals remained pivotal to the band’s unique sound. Williams’ frequent sax leads leaned the band towards yacht rock, Kramer’s keyboards introduced a more ambient influence, and Good’s stinging guitar injected the driving rock. Somehow, the execution of all these contributions led to a concert that married innovation with more mainstream 1980s music, like at a Bruce Springsteen or Bob Seger concert.

Richard Butler was a stylish front person. Dressed all in black, topped with a glittery jacket, he strolled rather than raced across the stage, frequently raising his arms and using hand gestures with finesse as the musicians played their instrumental interludes. Butler frequently came to the edge of the stage, touched the front row fans, and sang to their faces. He also repeatedly pointed upstairs, acknowledging the presence of the fans further away. Kramer and Alford remained in fixed stations, making their visual presence more subdued, while Tim Butler, Williams and Good played wireless instruments, and so became extremely animated during their spotlight moments. Williams, in particular, would swing his saxophone or clarinet as he played, bending backwards and pointing his instrument skyward for the higher notes. With no spectacular light show or moving images on LED screens, the Psychedelic Furs capably commanded firm attention with both solid music and compelling stage dynamics. 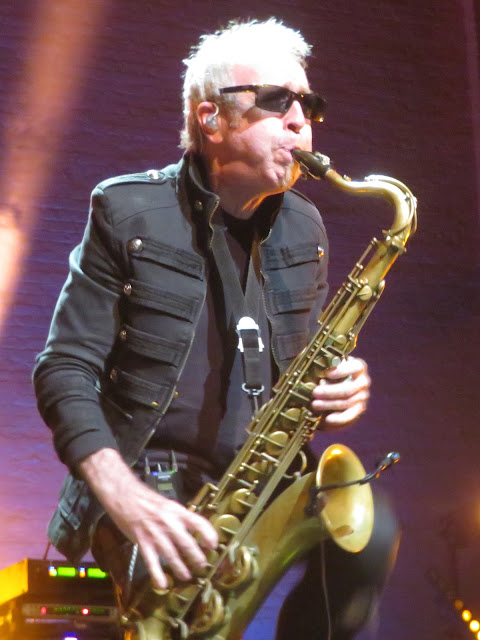 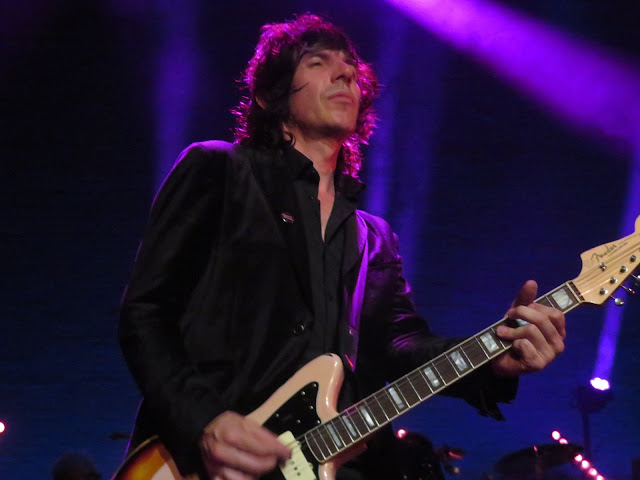 With no additional recordings to promote, chances are that the Furs’ July outdoor concert at the Rooftop at Pier 17 will be much like the June concert at the Apollo. The show may reach a larger audience because the band will be sharing the bill with X, another band that emerged from the punk era but plays a much more raw style of music. The X fans who stay for the Furs’ set may be impressed with how another ageless rock band still makes older music sound very good. 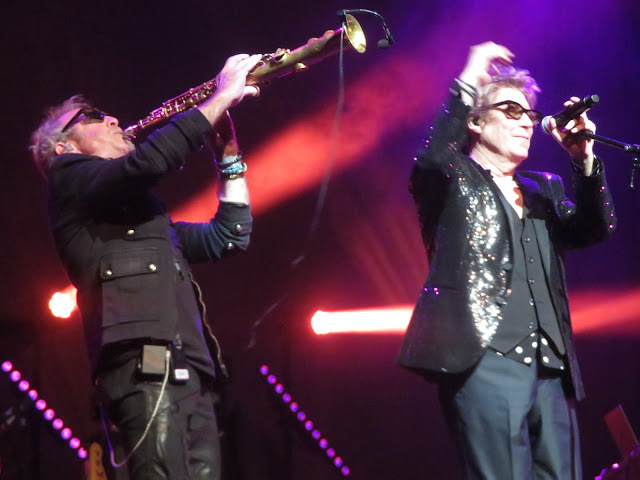 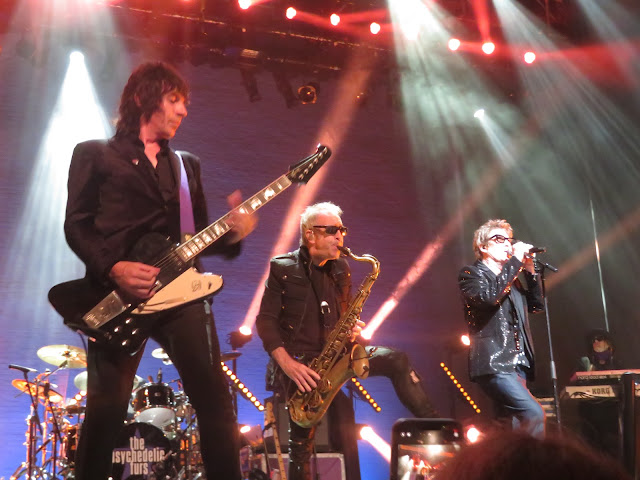 The Manhattan Beat covers New York City's live music scene. All articles are written by Everynight Charley Crespo. All photographs are taken by Everynight Charley Crespo, except when noted otherwise. For a list of Manhattan venues that are presenting live music regularly, swing the desktop cursor to the right of the home page and click on the pop-up tab "Where to Find Live Music." For a listing of upcoming concerts for live audiences, visit The Manhattan Beat's July calendar.