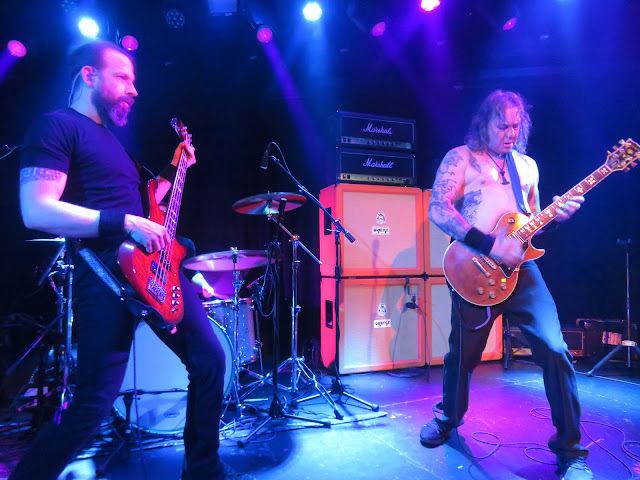 Though born in Southfield, Michigan, Matt Pike attended military school in Golden, Colorado, and in 1989 as a young adult relocated to San Jose, California. In time, he joined the sludge metal Asbestosdeath, which evolved into the doom metal Sleep. Committed to playing faster and more aggressively than he did in Sleep, Pike formed High on Fire as a heavy metal band in 1999 in Oakland, California. Pike. Twenty years of cultivating an underground metalhead following led to High on Fire receiving mainstream recognition when the song "Electric Messiah"  won the 2019 Grammy Award for Best Metal Performance. High on Fire presently consists of Pike on vocals and guitar, Jeff Matz on bass and Coady Willis on drums. Pike reportedly is working on his first solo album.

At le Poisson Rouge, High on Fire had no new product to promote (the band's eighth and most recent studio album is 2018's Electric Messiah). Perhaps Pike could have promoted his new book, Head on a Pike: The Illustrated Lyrics of Matt Pike. Available in hardcover and e-book on November 9, the book is a retrospective of Pike's lyrics as musical poetry. The lyrics span 20 years from High on Fire's debut album in 1998, The Art of Self Defense, to Electric Messiah. The book matches his lyrics to artwork from artists inspired by his lyrics. 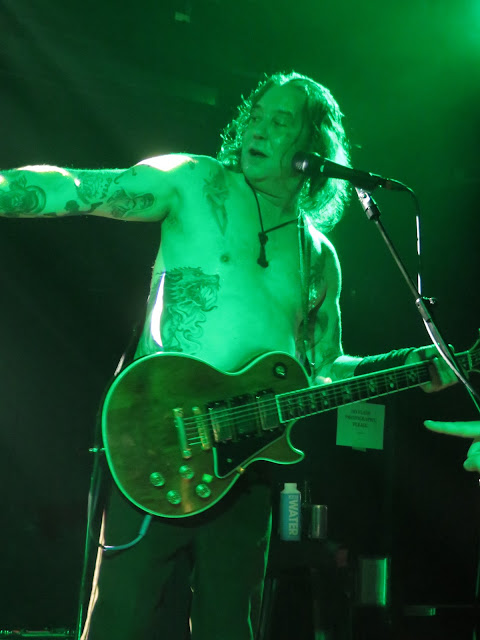 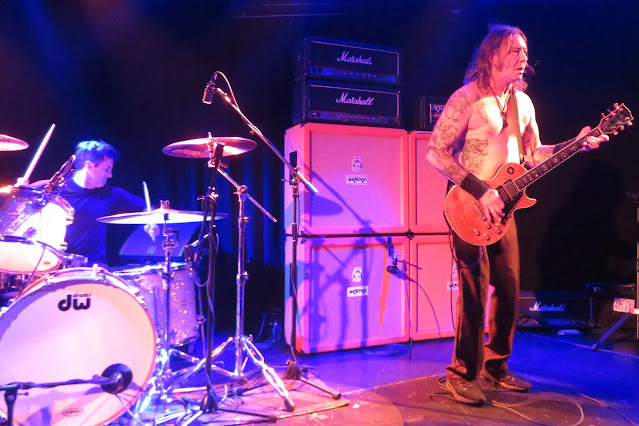 A glance at the titles on the set list indicated that these would not be sentimental songs about love and beauty, at least not in the traditional sense. The lyrics to "Spewn from the Earth", "Death Is This Communion", "Blood from Zion", "Devilution" and "Carcosa" back to back provoked dark images appropriate only to heavy metal concerts. The numerous tattoos on his bare chest, back and arms amplified the culture. The bottom line was the performance, however, and in this High on Fire fared well.

Working as a power trio, High on Fire hinged almost all the songs on powerful riffs with deep and distorted tones. After repeating the core riff a few times, Pike sang in a gruff growl. This was followed by a lot of guitar leads while the supporting rhythm section energetically perpetuated the heavy bottom. The band often followed fast-paced thrash songs with slower sludge and doom songs. It was a simple formula which, despite its limitations, delivered what it promised, which was pure heavy metal thunder. 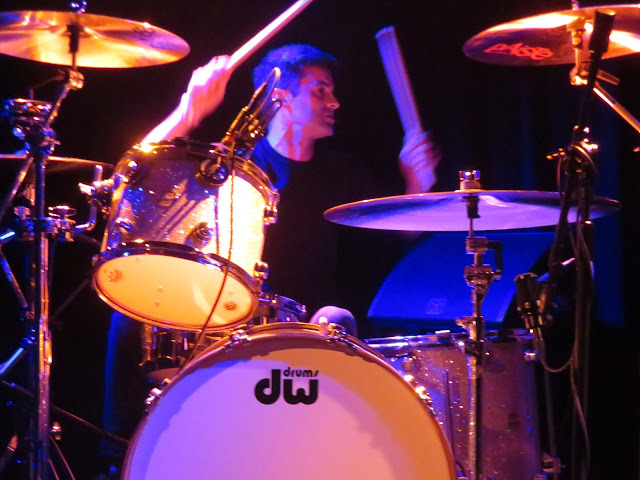 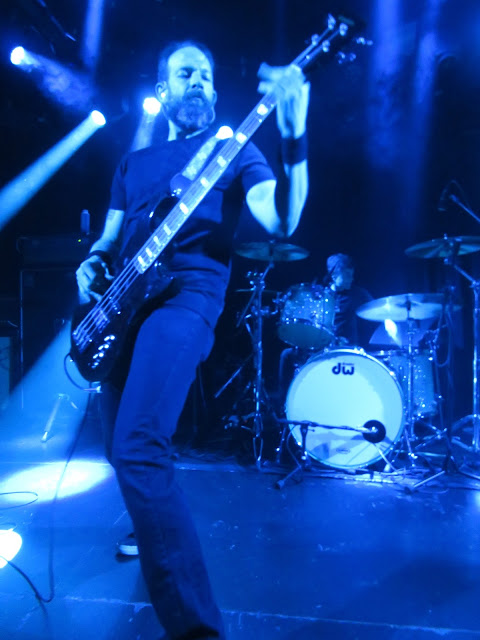 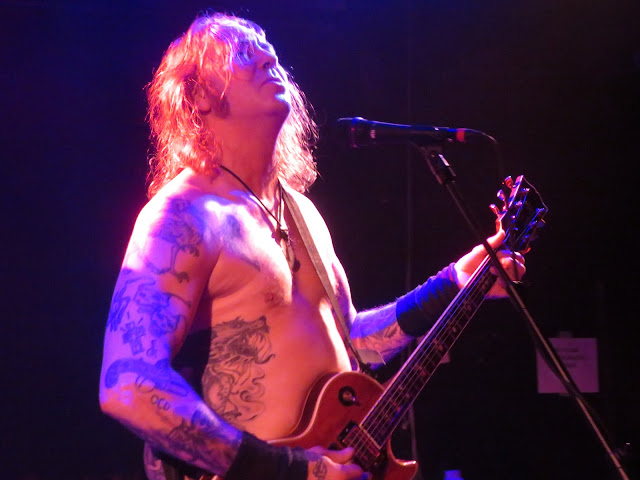 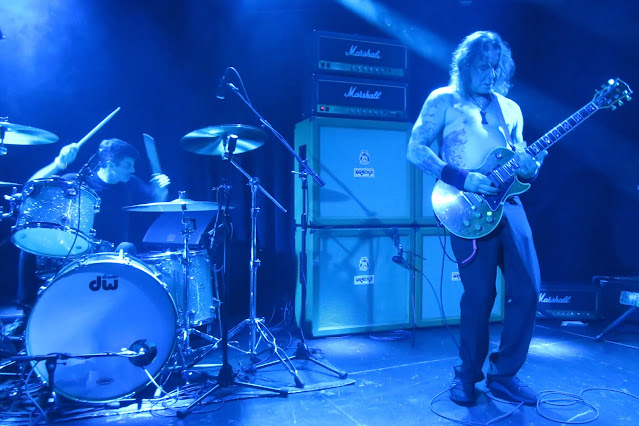 The Manhattan Beat covers New York City's live music developments as they happen. All photographs are by Everynight Charley Crespo, except when noted otherwise. For a list of Manhattan venues that are presenting live music regularly, swing the desktop cursor to the right and click on the pop-up tab "Where to Find Live Music." For a listing of upcoming concerts for live audiences, visit The Manhattan Beat's October 2021 calendar.