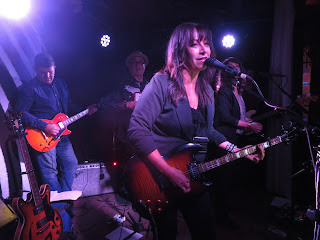 Dina Regine discovered her passion for rock music as a New York City teenager, and began taking photographs at the concerts she attended. She fell into a singing career, first as a backup vocalist on a Jimmy Cliff album. This led to other background vocals gigs until she auditioned for Bruce Springsteen's Born to Run tour. The Boss told her she ought to front her own band. So she did. After three bands,  the Dina Regine Band, Naked Grape, and Swamp Honey, Regine went solo. Songs from Regine's second and most recent album, 2014's Right On, Alright, were featured in movies and television soundtracks, and Steven Van Zandt’s Underground Garage radio show named "Gotta Tell You" as the Coolest Song in the World. Regine followed with a series of singles, videos, and collaborations, and performs these songs both solo and with other musicians in local clubs. Meanwhile, her rock photography continues to appear in museums, album covers and books (including the official Led Zeppelin book in 2018) and she djs on weekends.

Regine opened tonight for Steve Conte & the Crazy Truth at Lola, a music club where she was a regular weekend dj when the venue was known as Coney Island Baby. Throughout her set, Regine showcased original, easy-flowing, melodic songs with honest, homespun inflections of blues, folk, and rhythm and blues marinated in deep-rooted rock and roll. Straddling between sweet and melancholy, her introspective lyrics were thought-provoking and heartrending. Above all, her gentle delivery was all heart and soul. Regine played a standard guitar, a four-string tenor guitar, and harmonica, backed by guitarist Tony Scherr, bassist Mark Plati, and drummer G Wiz. The sparkling touch of Charlie Giordano's accordion on most songs and Michelle Casillas and James Maddock's dual backing vocals at the end of the set added extra polish to an inherently robust production. Regine is a class act. She does not perform regularly on the club circuit, so her few engagements must be sought and treasured.

Posted by Everynight Charley at 8:03 PM 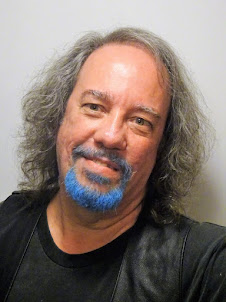